So What Happened to John McAfee..?

As far as I've heard, he's back in US after long cross-country run, from the police. If you don't know already, he was the suspect (or the "man of interest") of killing his neighbor at one of the islands in Belize, where his luxury home is located. After the neighbor's death, he was on the run in disguise.

So he has running loose for five weeks throughout central america. Finally he emerged out of Oregon. At this point, he spread a fake news through the net that he was captured in Mexico, and fled to Guatemala. When he was asked why he was fleeing, his response was: "As a 'person of interest', you have to come to there offices -- which are in the mass of the prison complex -- to talk to you. And in Belize, they can detain you for 30 days with no charges what so ever..". When he was asked who killed his neighbor, the response: "I don't know, in Belize murder is happening all the time." And he says that the Belize police was out to get him, because of his open criticism of the Belize police corruption, and the police deliberately killed the man to get to him.

Also he likes to often speak about his sexual prowess: "People ask me, 'You really slept with 10 17 year girls?' And i'm a 67 years old man, and I say 'Yup, i did'. There's no point in not telling the truth now, no point now in dancing around it." 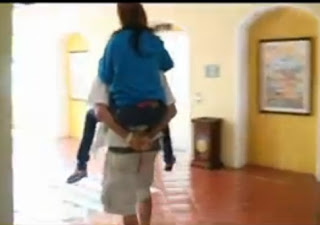 "John with his current young girl friend, who he intend to get married (December, 2012)"

But unexpectedly, in a press conference at Guatemala, McAfee get's arrested by the police.

But even that did not took too long. McAfee faked a heart attack and was hospitalized. After he was released from the hospital, he was deported to US. And he came to Portland.

And now, the news of the murder is all covered up by the talks about his various exploits... 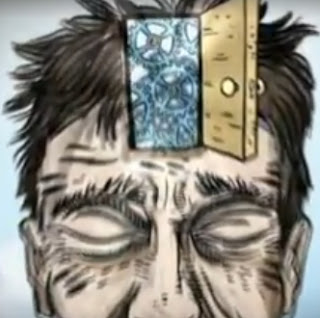